Send us your blog post, blog address, address of other great sites or suggestions by email. centerforeconomicliberty@gmail.com

God Protect Us from Metaphors

The Giver and Utopian Socialism

The Giver is the dystopian parallel of The Hunger Games infused with the provocative themes of The Matrix. It is the right wing answer to Elysium, and it is a masterpiece of what it means to be human.

In the film, an elite group of elders—the social planners suffering from Hayek’s fatal conceit—posit that humans are weak and selfish. When humans are given a choice, they choose wrongly. The planners decided to remove what makes us human—our emotions, our passion, and our differences, and our decisions. In this community, there are no winners and no losers, and there is no free will.

The Giver’s answer: “We could choose better.”

For those Americans who push against the surveillance state, the welfare state, and big government, it is a relief to see a film characterized by overtones of self-reliance and the dangers of social engineering.

In 1825, socialist Robert Owen pioneered a new planned community in Indiana. Like the elders in The Giver, he pledged to design a “New Moral World” of happiness and prosperity. He founded New Harmony as a society of communal living and social reform. His town dissolved into chaos within the year.

In The Giver we are reminded that utopianism is doomed to fail. Imperfect beings are incapable of creating a perfect system. Humans have such a wide array of needs that there is no single social construct that can fulfill them.

The Giver by Lois Lowry is a novel often assigned in middle school under the auspices of learning the significance of the relationship between pain and pleasure, celebrating our differences, and the power of free will.

With actors Meryl Streep and Jeff Bridges, the viewers get to rediscover the joy of music, sunsets, love, and fun. They are also faced with a question: if you were given the opportunity to take the red pill and know the truth, however much it hurts, would you? Or would you take the blue pill of ignorant bliss:


“You take the blue pill: the story ends, you wake up in your bed and believe whatever you want to believe. You take the red pill: you stay in Wonderland and I show you how deep the rabbit hole goes."


The Giver takes this question a step further: if you had to make this decision for everyone, what would you choose?

Humanity comes with a price—a capacity for evil—but perhaps the greatest evil is enslavement and the inability to choose one’s fate. The Giver is out in theaters this Friday, August 15th.

Anne is a current MA Fellow in applied economics at the Mercatus Center.

Originally from the Chicagoland area, Anne moved to Baltimore to attend Johns Hopkins University.  After graduating in 2012 with a B.A. in International Studies, she came to D.C. to blog for the Center for Advanced Defense Studies, a foreign policy think tank. Anne’s work has been published by the American Spectator, the Daily Caller, the Global Security Monitor Blog and the Austrian Economics and Liberty Blog. Her academic interests range from economics and marketing to graphic design and the Spanish language.
Posted by Liberty at Tuesday, August 12, 2014 13 comments: 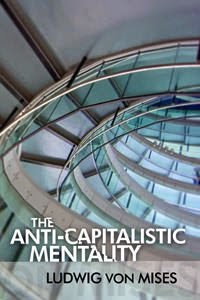 The “Bourgeois Prejudice” Of Liberty

Donate to Support these Great Institutions